Ohio’s largest country music event, 92.3 WCOL’s Country Jam and Campout, is back and bigger than ever. Expanding to three days this year, WCOL Country Jam and Campout will feature a superstar lineup of musical acts including Sam Hunt, Jon Pardi, Maren Morris and Dan + Shay, plus a special to-be-announced headliner (revealed on July 7), and many more. The weekend will also feature Ohio’s biggest honky-tonk at Woody’s Saloon with world renowned Country DJ spinning your favorite country tunes until 2:00 AM, line dancing, barbecue and beer, along with a number of other attractions throughout the venue! 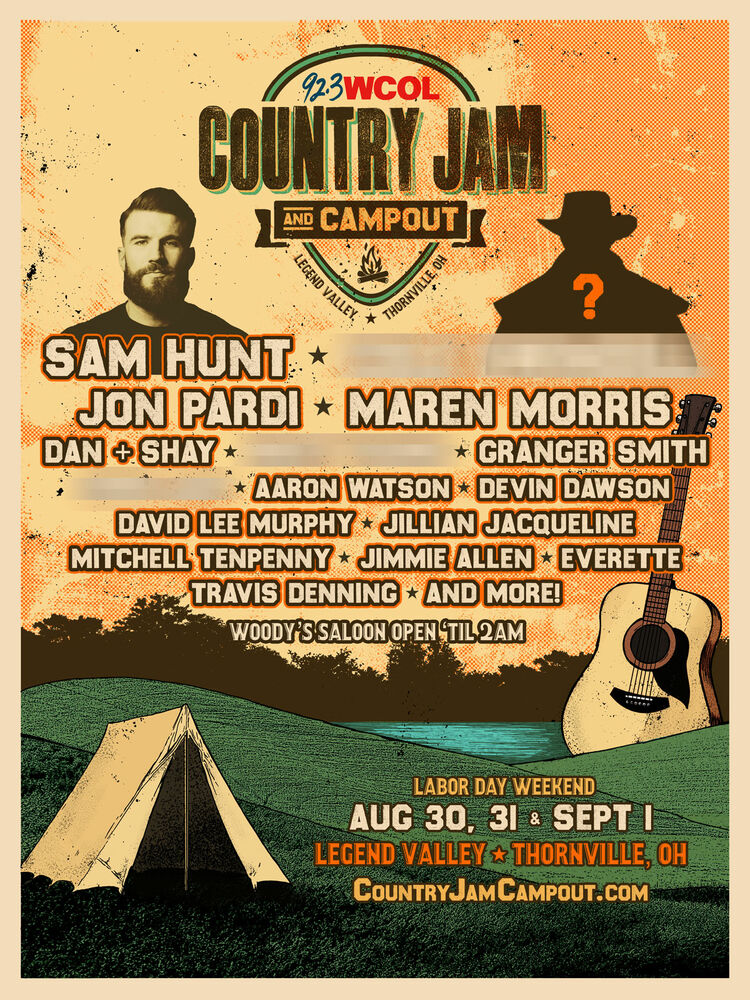 You must enter a valid email address.